Southern Tire Mart consistently provides best-in-class service to fleets of all sizes and vehicles of all types, offering customized maintenance and service programs to help reduce tire-related expenses for customers.

At Southern Tire Mart locations across the nation, our exceptional teams are ready to serve and dedicated to providing sound solutions, unparalleled support and 24/7 roadside assistance and emergency services to get fleets rolling as quickly as possible.

Our Commercial Services Include:

Our Retail Services Include:

Leave us a review 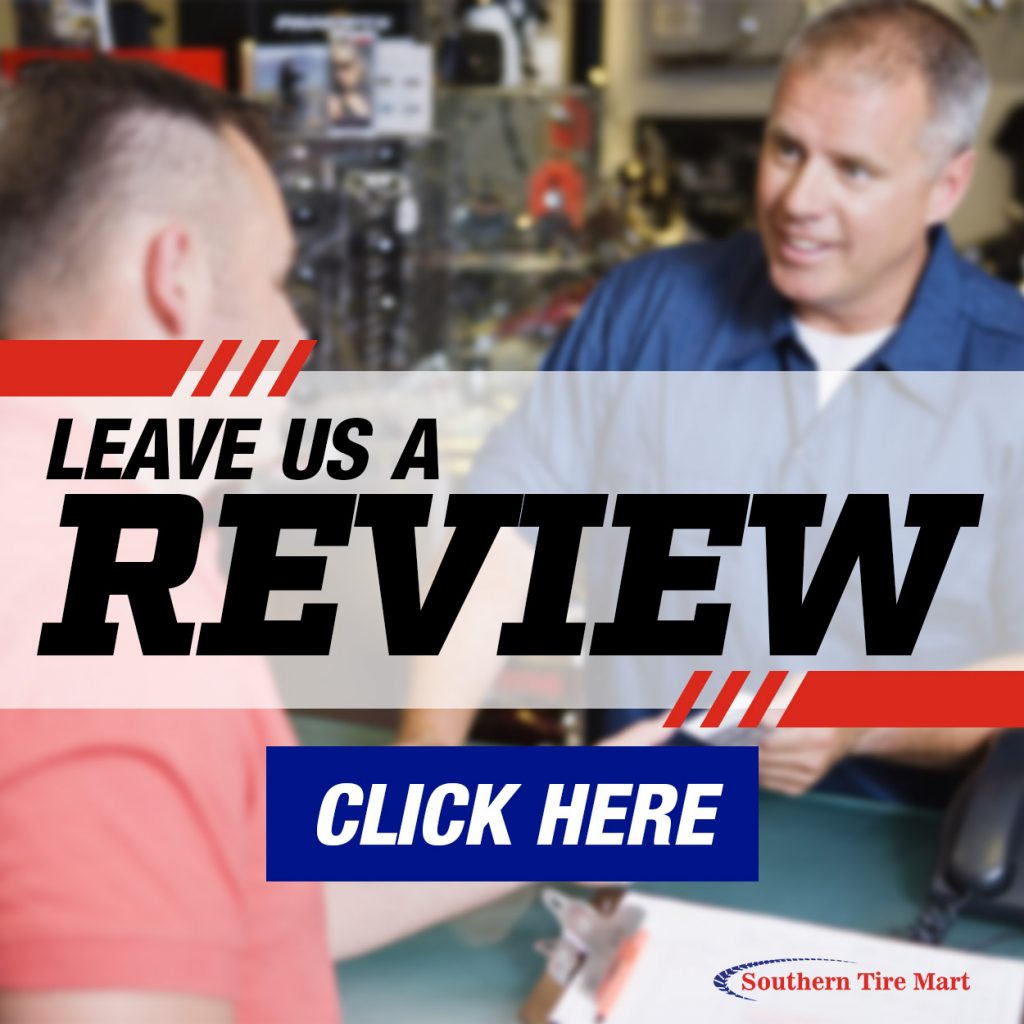 Mike Ellsworth

Read More
Good service!
John Cerul

Read More
All the guys were super great to deal with. My service truck blew a tire just outside of town and they came out and got me taken care of. After heading in to the shop to replace the other front tire, we were to go. They checked all the other tires for proper tire pressure without asking. Go see them and give them some business!
Kyla Rochelle

Read More
I love this place and won't go anywhere else. They are honest, know what they are doing, efficient.
Richard Sawaya

Read More
Incredible customer service from Mason & his Team! I needed a Tire rotation on my 2012 VW Touareg, so I called Southern Tire because I pass by it almost everyday, so I wanted to get a quote. Mason told me there would be "NO CHARGE" for the Rotation, which is an awesome gesture of kindness. Coming from California earlier this year, I can tell you that would never happen! I can't believe all the Hospitality I have been receiving since moving to Saint George, and Southern Tire Mart and its Team are just another example of that Great customer service that I thought was a thing of the past. As much as I appreciated the Free Service, it didn't go unrewarded, as I asked if I could throw a Tip to the Tech who did the service, and so I did, and now Southern Tire has me as a future customer, and that's what it's all about. Thanks again you Guys!! Richard s.
Kirsten Berhan

Read More
I’ve had two experiences this year where other chain tire stores couldn’t find anything in my tire. These guys are the best at finding what’s wrong and fixing it right. Mason has been so helpful. I’ll come here every time I need help with tires. Professional friendly and honest
Previous
Next
Facebook Instagram Twitter Youtube